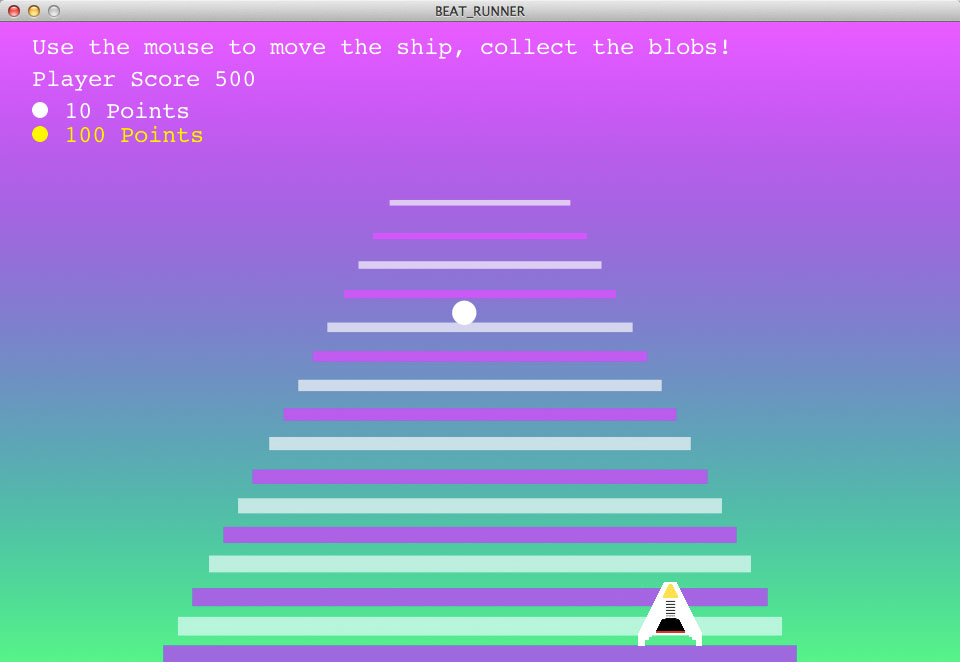 Race upon the tempo of a midi backing track and collect the drum beat as you go along! Every time you collect a blob you add part of the drum groove to the backing track whilst collecting points as you go. If you make it through a level you get 100 additional bonus points and you begin again with a new, higher tempo level.

The road moves along in time with the music, each of the 16 visible steps is worth a 16th note relative to the current bpm. The blobs are dropped in random positions on the steps, moving down towards the screen(at a speed also relative to the bpm). If the player collects the blob it generates a new one to collect, if the player misses the blobs the game is lost and stops! The ship is controlled by the mouse position, if the ship and the blobs intersect then it triggers an event to be added to the playback score. The game was made in Processing however in order to initialise the midi an additional library provided by SoundCipher was used. 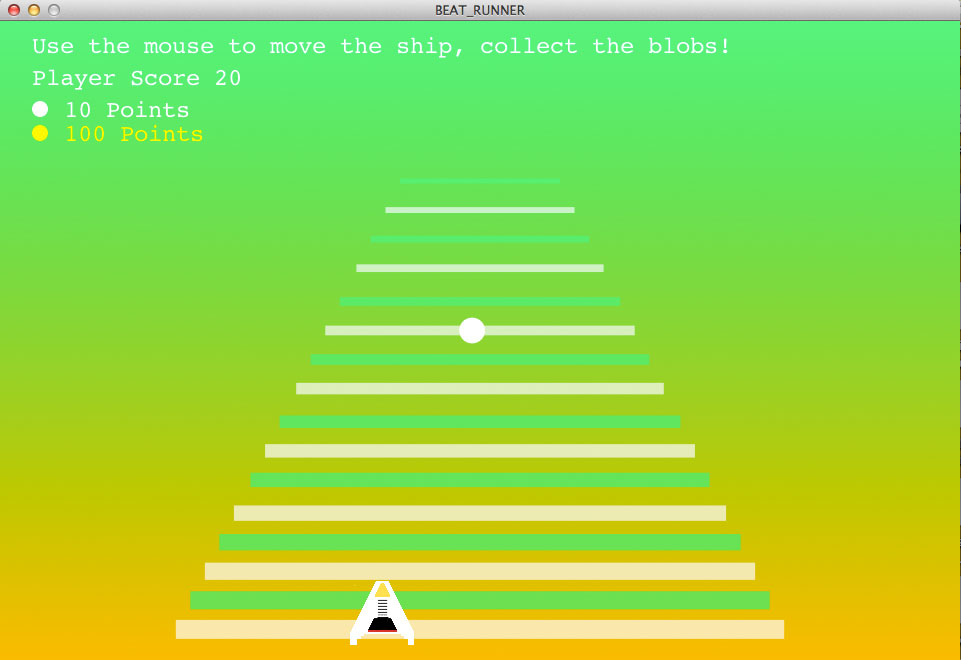