The film documenting the interactive bus stops has won the award for Best Urban Design Film at the New Urbannism Film Festival! Watch it below.

On the 22nd of June 2014 to celebrate ‘Day of the Bus’ Transport for London closed Regent Street for the day and lined the street with festivities, as well as a full cavalcade of London buses. As part of the festive experience the Department of Civil, Environmental & Geomatic Engineering from UCL were given two bus stops to experiment with, providing the opportunity to reinvent the public space. For one of these bus stops fellow Goldsmiths student Matthiaus Moos and I were responsible for the production and creation of an interactive musical experience, turning the typically dull space into an enjoyable environment. 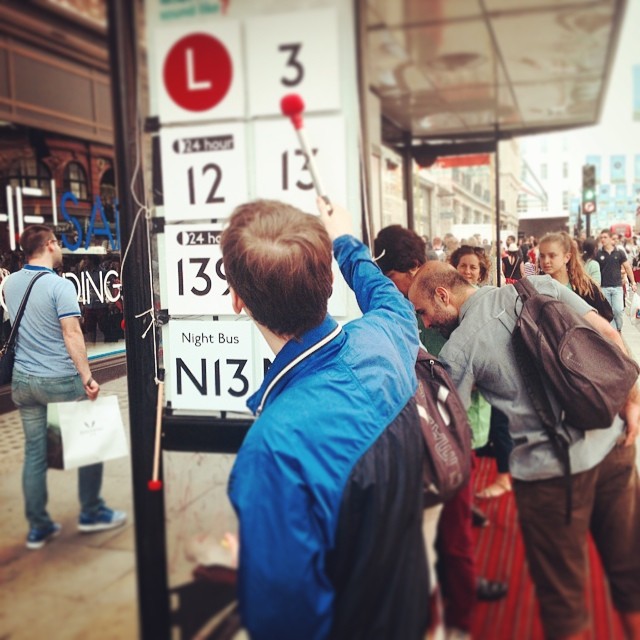 If only your bus turned up when you made a sound.

The interactive bus stop featured sound generated in Max/MSP via 16 pressure sensors, 8 impulse sensors (designed and constructed by myself and Matthiaus) and a kinect used for motion tracking (participants were encouraged to write a description of the ideal sound of their dream bus stop).  We were also responsible for the sound design of the installation, providing seven short musical suites for participants to cycle through. 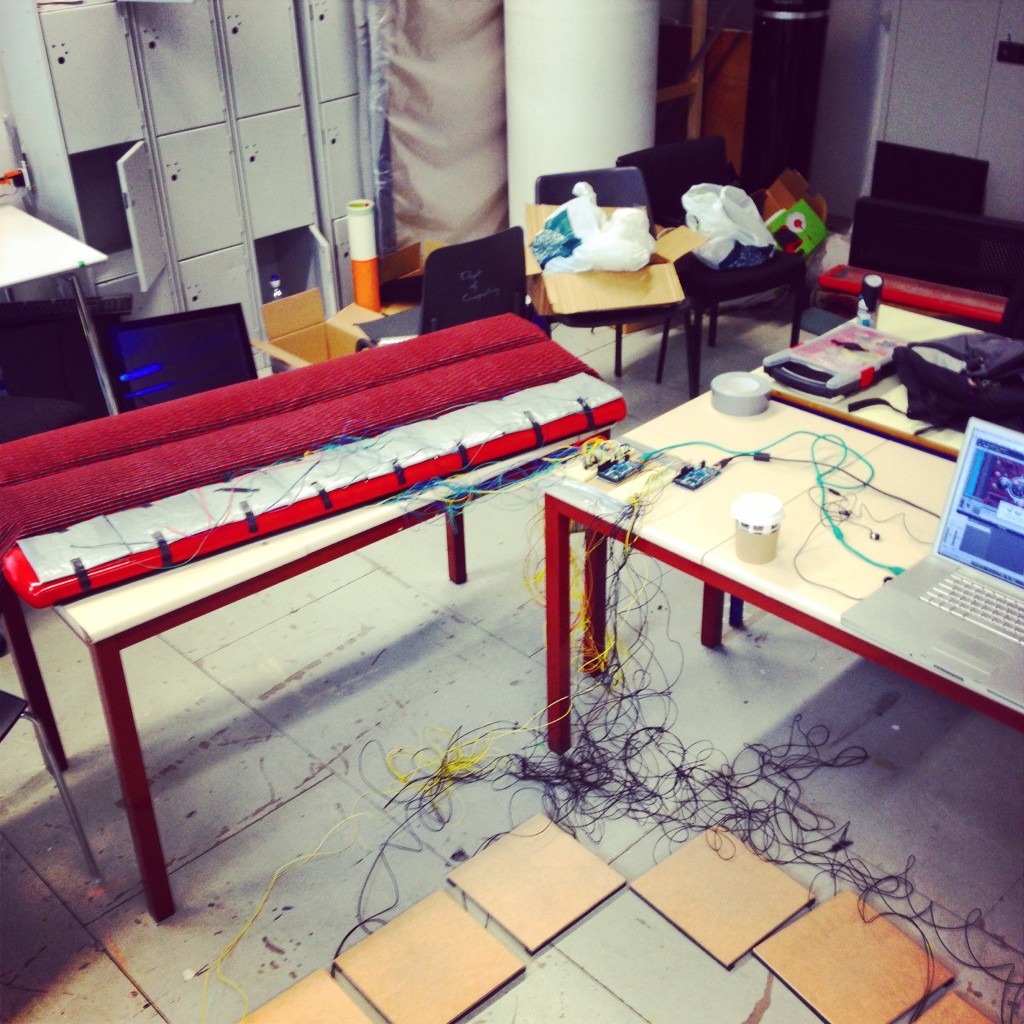 Although the project was filled with difficult challenges to overcome such as: the sun playing havoc with the kinect, a short production turnaround time, last minute health & safety based changes, durability of sensors (average footfall of Regent Street on a Sunday is 100,000!) and the lack of an onsite power source, the response we received from the public was incredibly positive, and we hope to build on this experience and provide slightly more permanent interactive bus stops in the future. 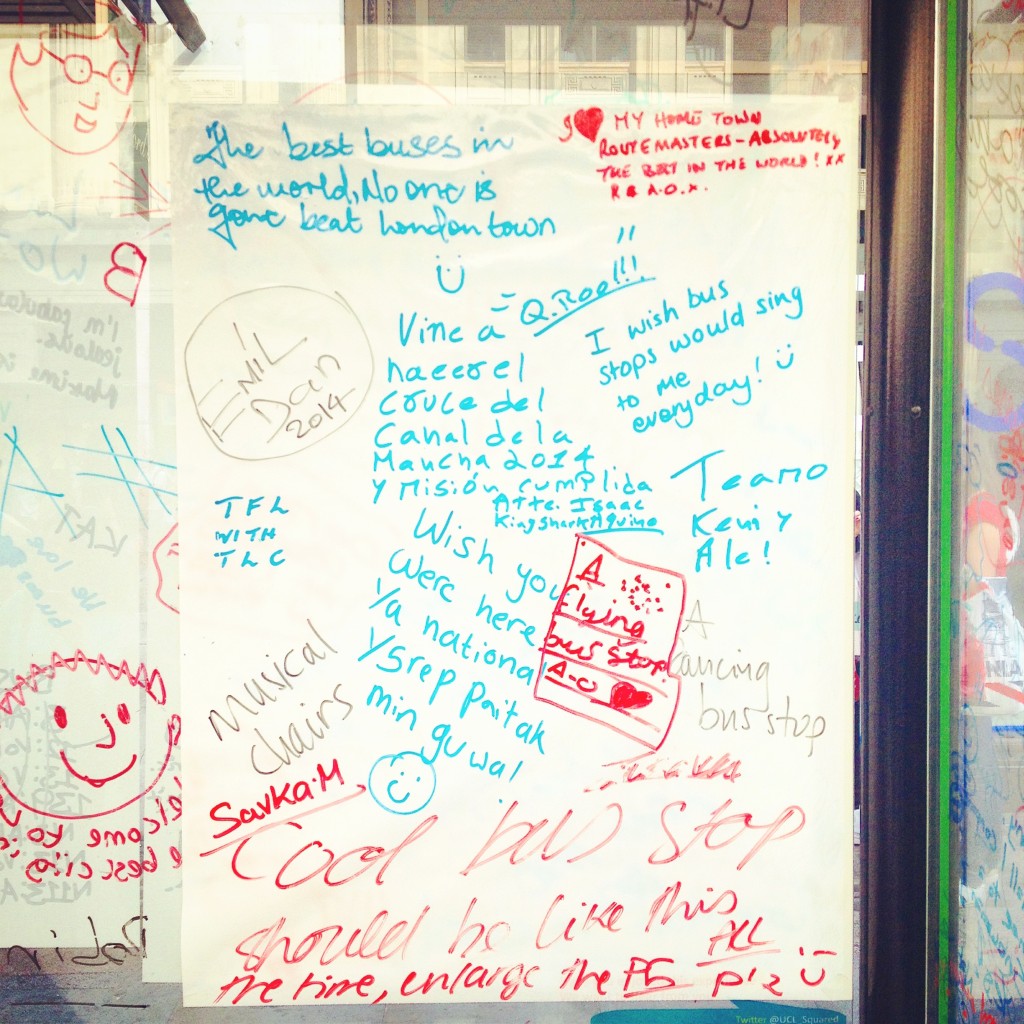 Some feedback from the public.