At a rather late-in-day moment I was asked if I would like to present an interactive sound-based project amongst other members of staff/students from Goldsmiths at Secret Garden Party (2014) accompanied with a small talk, as part of a wider range of festivities and interesting presentations and workshops in the Guerilla Science tent.

Considering the conditions I decided it would be most appropriate to present the recently finished Interactive Bus Stop as it focused on interactivity at a macro level, however as there aren’t obviously bus stops standing in the idyllic fields of Cambridgeshire, slight alterations to the set up would have to be made. Additionally, as the Bus Stop installation had been a joint work with my colleague Matthias Moos I decided it would only be fair to bring him in for this project too.

After jamming out the crux of the interactivity we were aiming to encourage (between device, festival-goers, and themselves) we distilled the ideas taken from the Interactive Bus Stop into a delightfully simple solution; musical chairs. 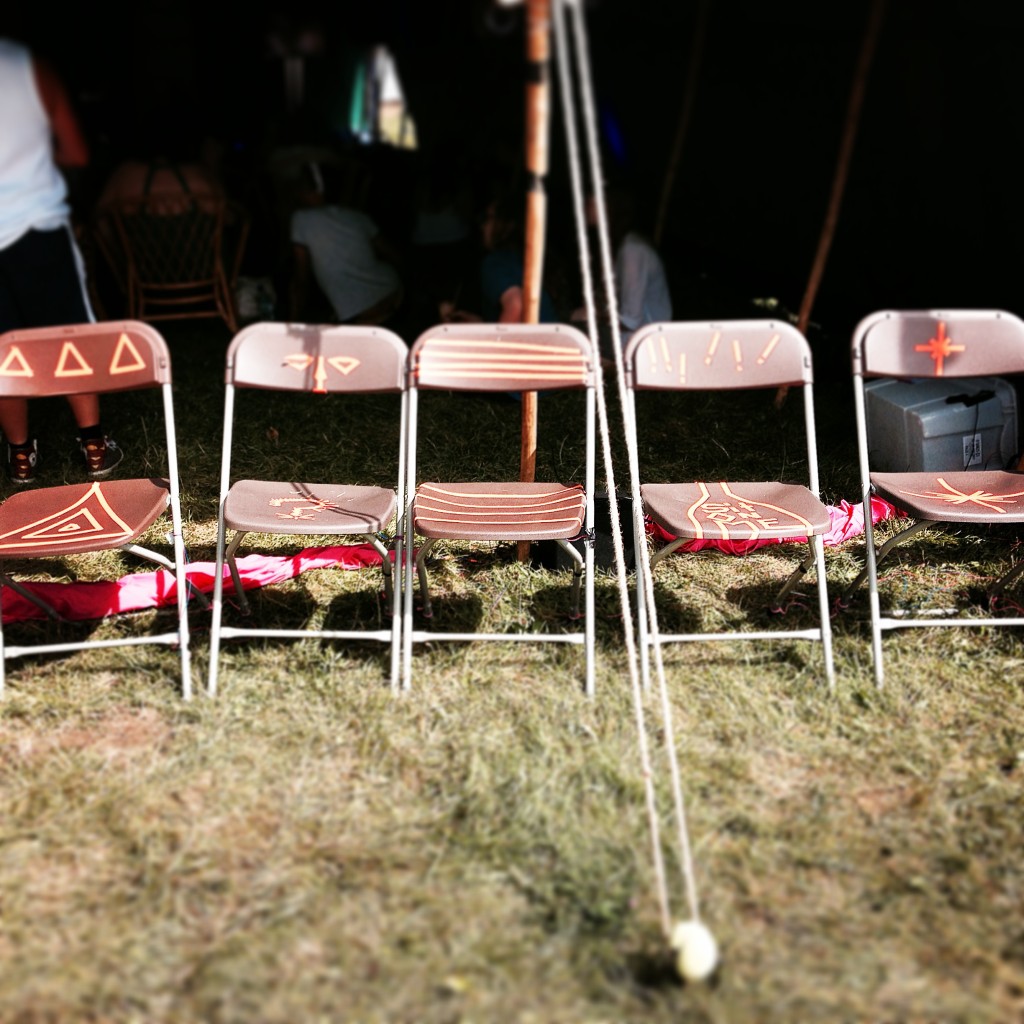 The idea was to take the impact of someone sitting, hitting or touching a chair and turn it into a note on a musical scale. With seven chairs in total, there was a full scale to play from. However as it’s near impossible to sit or hit seven chairs at once, it would encourage participants to interactive with each other.

Using similar technology as before (piezos plugged into an Arduino, hooked up to Max/MSP) we were able to put together the system in the little time frame we had. We were also able to program in the seven modern musical modes and a random key generator that would change after a set number of impacts detected. 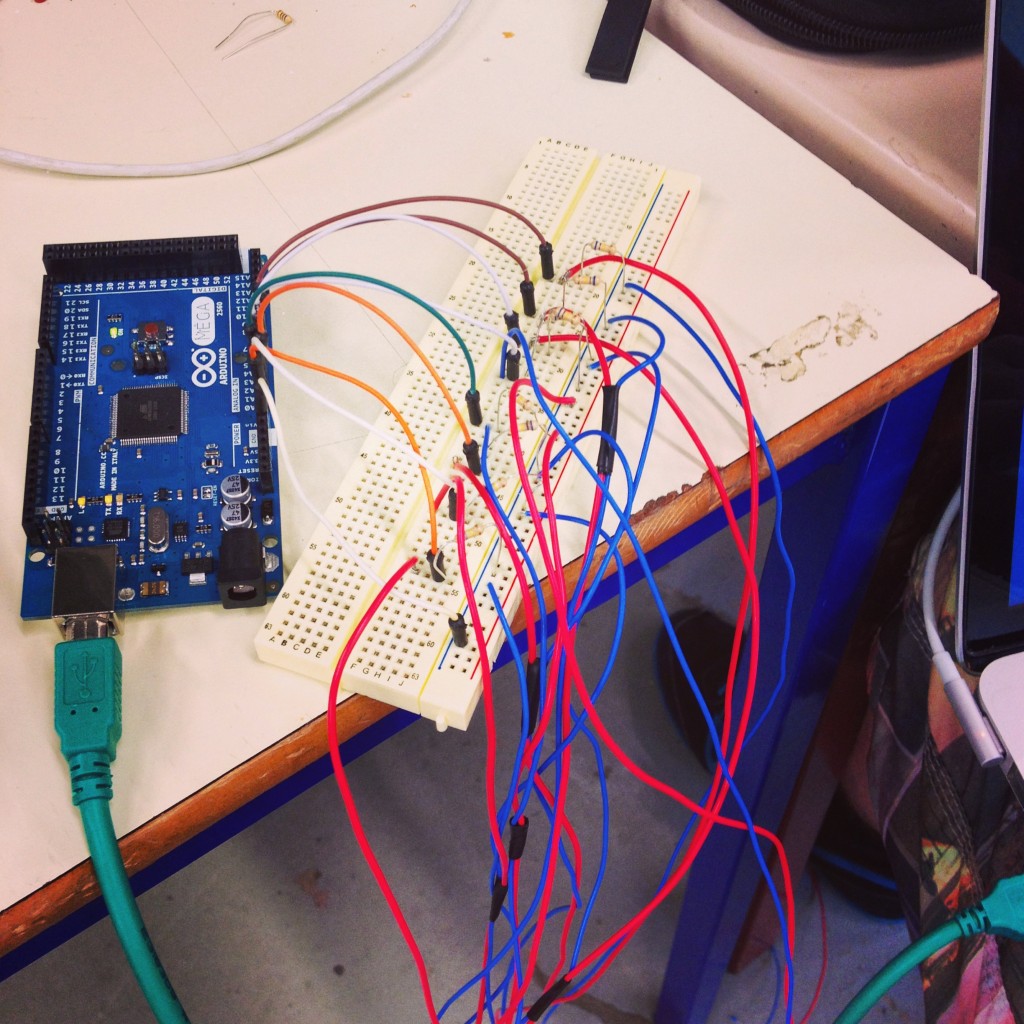 Hooking up the piezos to the Arduino 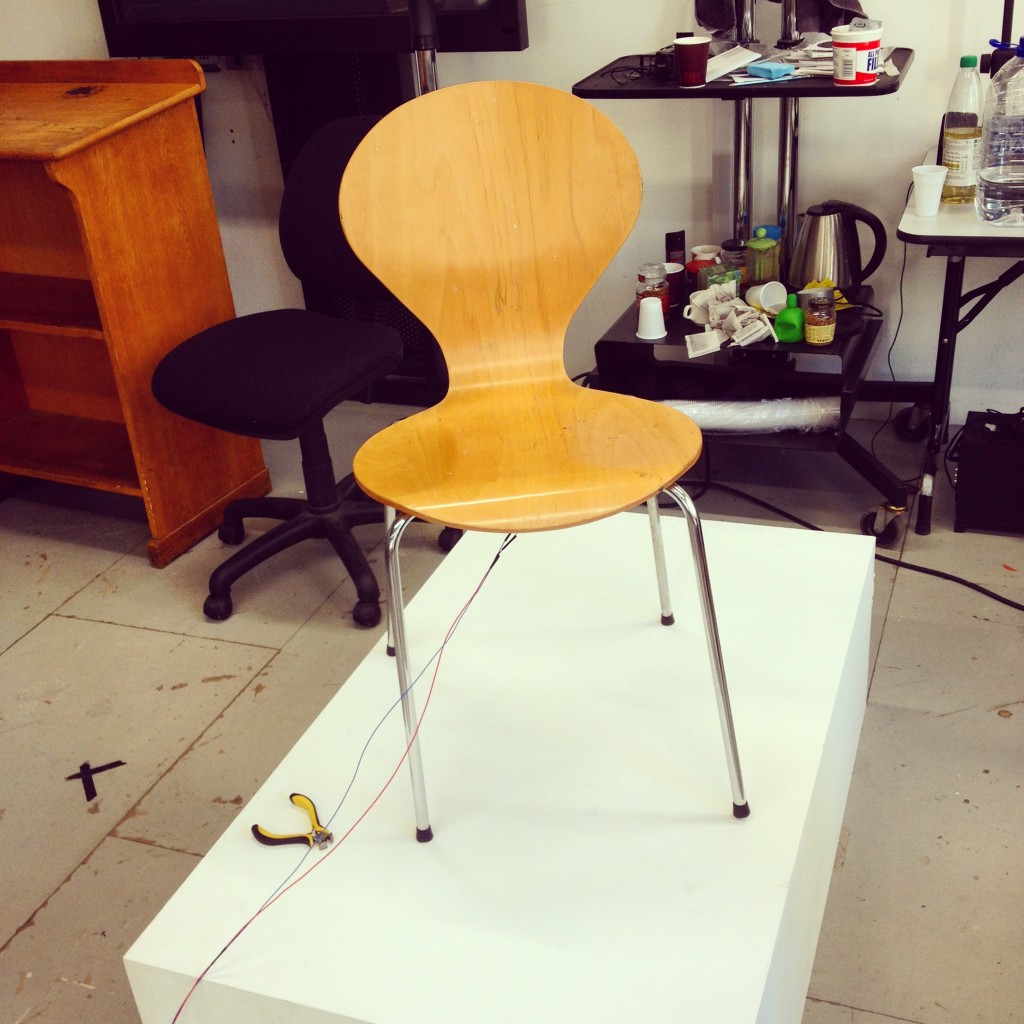 Test chair all hooked up

Given the timeframe I am pleased we accomplished the task, however I would really like to take the idea considerably further, developing a whole system of musical chairs that interactive with each other wirelessly, across a much wider space, such as the whole festival!